Articles written are independent opinions, and are not affiliated/sponsored unless specifically mentioned. 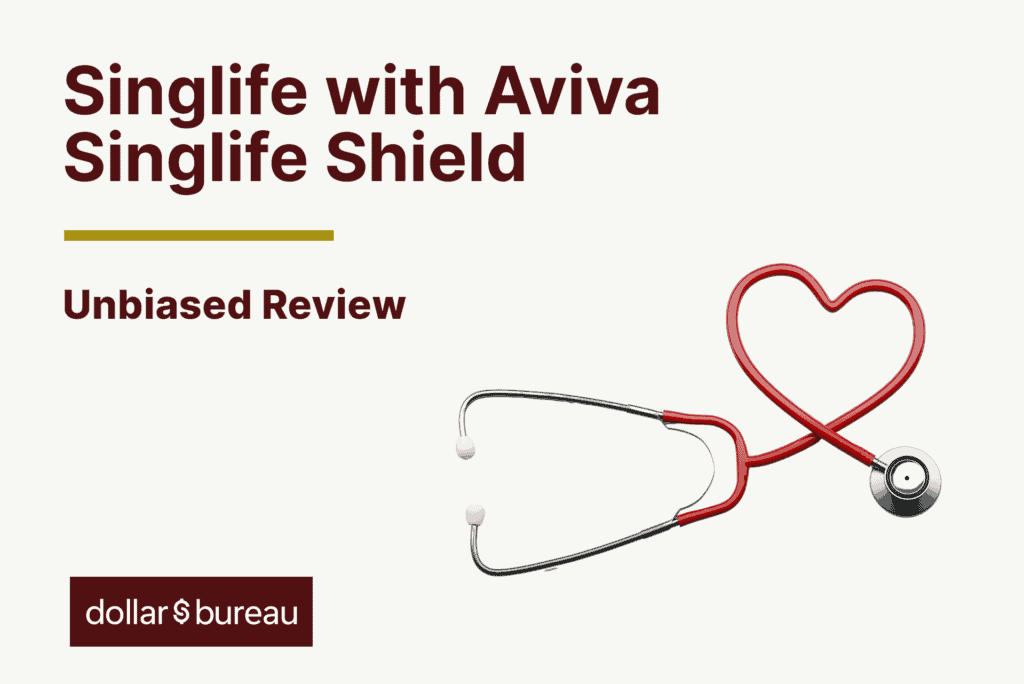 Previously the Aviva MyShield, the Singlife with Aviva’s Shield Plan is 1 of 7 participating Integrated Shield Plans offered in Singapore.

It is intended to supplement your existing MediShield Life coverage. Due to the high cost of healthcare, relying solely on Medishield may result in you footing much of the bill.

As a result, it is prudent to obtain additional coverage from shield plans such as the Singlife Shield so that you can focus on recovery when in the hospital.

In this post, we reviewed Singlife with Aviva’s Shield plan.

The Singlife Shield Plan 1 covers any standard ward of a private hospital for up to $2,000,000 claim limit if you visit public hospitals or panel specialists, and up to $1,000,000 for the rest.

In terms of pricing, the Singlife Shield Plan 1 is easily the most expensive private hospital shield plan.

However, the cost-benefit analysis shows that for every $1 you pay in premiums, you get up to $4,889.98 in hospitalisation coverage with this plan.

This isn’t the lowest and ranks as the fourth best amongst similar plans, which is good value if you were to claim the entire S$2,000,000.

Thus, if value is what you’re looking for, perhaps AXA Shield Plan A is of the best value.

The Singlife Shield Plan 2 covers you for up to ward A of a restructured public hospital for up to $1,000,000 per year.

For ward A plans, the $1,000,000 annual claim limit is one of the highest in the market, alongside the AIA Healthshield Gold Max B and the Great Eastern Supreme Health A Plus.

In terms of pre- and post-hospitalisation coverage, the Singlife Shield Plan 2 is on par with its competitors with 180 days and 365 days respectively.

Premium-wise, it’s the second most expensive plan for ward A just behind the Raffles Health Insurance Raffles Shield A with Raffles Hospital Option, but it has the third best value as its cost-benefit ratio is at $5,952.38 per dollar spent.

Value seekers should look into the Great Eastern Supreme Health A Plus and those looking for the cheapest should go for NTUC Income’s Enhanced IncomeShield Advantage.

The Singlife Shield Plan 3 covers up to any 4-bed (Class B1) standard ward of a public hospital with an annual claim limit of up to $500,000.

As you can see, its $500,000 yearly claim limit is the best and it’s on par with Great Eastern’s Supreme Health B Plus!

However, Singlife with Aviva’s Shield Plan 3 isn’t a plan for value seekers as its cost-benefit ratio is third amongst similar plans.

It isn’t the cheapest either – second most expensive for the same demographic compared.

Singlife Shield Seems Pretty Expensive, Why Should I Choose It?

Across all Singlife Shield plans, it is consistently more expensive than the average and median prices.

However, Singlife Shield stands out in other ways that make sense for certain groups of individuals.

The table below shows you the differences between the 3 Singlife Shield plans:

Unlike some other shield plans, for hospitalisation, pregnancy complications, accidental dental treatment, and cancer, the Singlife Shield Plan 3 labels them as “As Charged”, which means full coverage for you.

It also has unique benefits such as planned and emergency overseas treatment and cancer prevention coverage.

To top it off?

You’ll have inpatient benefits for 5 major critical illnesses for up to $50,000 per year and $10,000 of final expenses covered.

Here are the 5 critical illnesses:

It doesn’t have the family-related benefits you’ll get from Plan 2 and Plan 3.

The Singlife Shield Plan 2 provides a family discount for your children and a free newborn benefit of $50,000 per year – something that Aviva usually stands out for – family discounts.

These discounts are crazy attractive, which we cover why in our conclusion later.

On top of this, your coverage for 5 critical illnesses is now up to $100,000 and preventive treatment for cancer is now “As Charged”.

Similar to Plan 2, the Singlife Shield Plan 1 provides you with a family discount and free $50,000 yearly benefits for newborns.

However, you now have $150,000 in yearly coverage for the 5 major critical illnesses.

Oh and we didn’t mention this but although your co-insurance is at 10%, Singlife caps your payment at $25,500 per year for all plans – something that probably no other shield plan offers.

Wow, its riders are certainly a mouthful.

Here’s a table to showcase the differences: 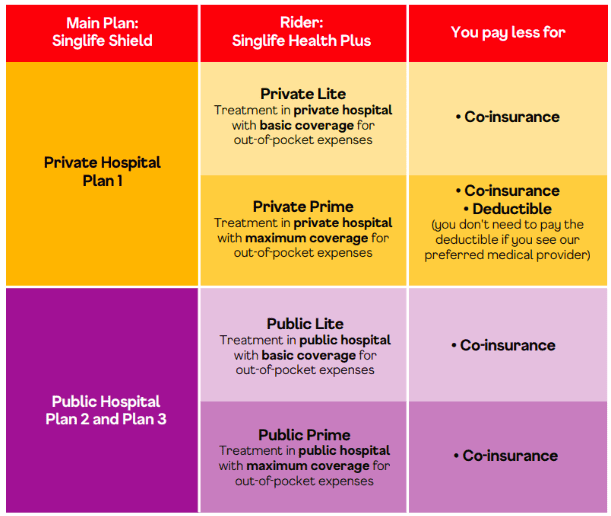 To elaborate on the Singlife Health Plus riders, here’s our effort at summarising it:

Oh, and did I mention that if you get a rider together with your base plan, it can be cheaper than its competitors?

How to Make Claims from Singlife?

If you obtained a letter of guarantee prior to your treatment from the hospital, Singlife with Aviva will settle your hospital bills directly with the hospital.

Should you don’t have it, you’ll need to pay the deposit and make the claim from Singlife with Aviva’s claims department.

However, we believe claims should be done by the financial advisor you bought your plan from so that you can focus on recovery. 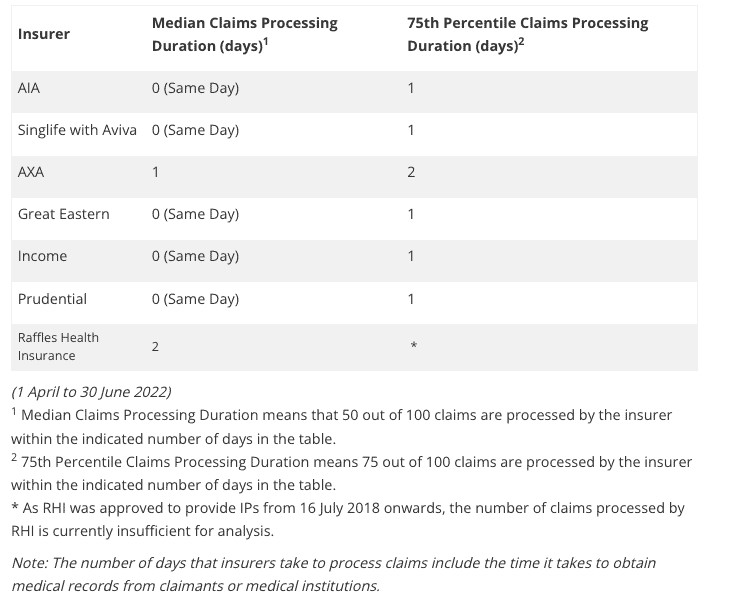 According to MOH, Singlife with Aviva takes 0 days to process your claims, with its 75th percentile being 1 day.

There are insufficient reviews online to justify how good the claims process is.

My Take on the Singlife Shield Integrated Shield Plan

Singlife Shield’s basic plans across all tiers are pretty expensive and do not have much value as compared to its competitors.

If you’re looking to just get a basic plan without any riders, Singlife Shield might not be for you.

Thus value seekers and those looking for the cheapest should consider NTUC Income’s Enhanced IncomeShield or AXA Shield Plan A and B.

However, if you like the special benefits offered by Singlife with Aviva – coverage for 5 critical illnesses, cancer prevention coverage, planned and emergency overseas treatment, and “As Charged” coverage for hospitalisation, pregnancy complications, cancer, and accidental dental treatment – then Singlife Shield is a plan you should consider.

Families with children will also find Singlife Shield to be attractive as it provides free coverage for newborns if both parents purchase Plans 1 & 2 for minimally 10 months.

Furthermore, if both parents have Plan 1 & 2 and your child is at Plan 2 minimally, he/she will receive free coverage until they are 20 years old – with a limit of 4 children maximum.

This is definitely a bang for your buck for families!

Lastly, if you’re looking to get riders to your shield plan, do consider Singlife Shield as, despite the expensive base plans, its base plans + riders are one of the cheapest in Singapore.

If you’re still unsure, we partner with unbiased MAS-licensed financial advisors to help you find the best plan for you.

Jaslyn Ng
Jaslyn Ng is a young executive who's tired of insurance agents & financial advisors in Singapore. She finds it difficult to find one she trusts, leading her to learn more about the various insurance & investment plans available. She shares her findings through the Dollar Bureau blog.

Disclaimer: Each article written obtained its information from reliable sources and should be purely used for informational purposes only. The information provided by Dollar Bureau and its affiliated parties is not meant to be construed as financial advice. Dollar Bureau shall not be held liable for any inaccuracies, mistakes, omissions, and losses incurred should you act upon any information listed on this website. We recommend readers to seek financial planning advice from qualified financial advisors. 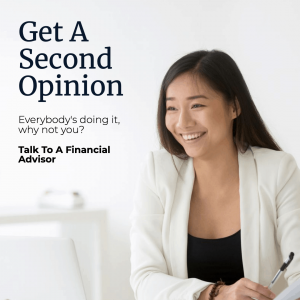 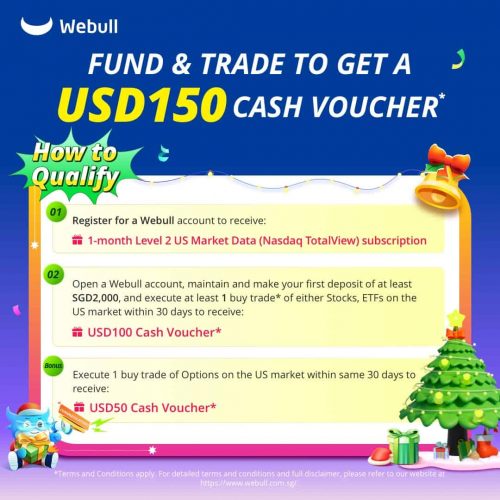 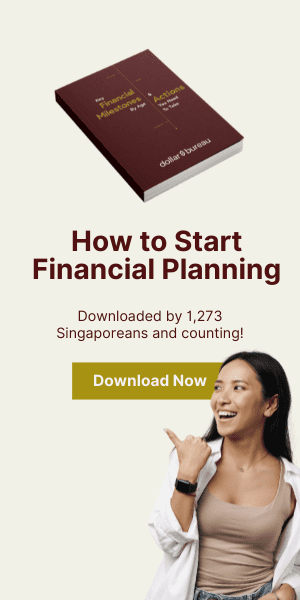 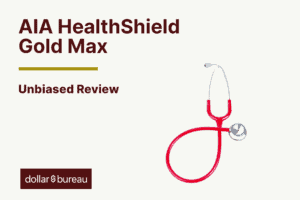 Did someone mention the AIA HealthShield Gold Max shield plan to you? Here’s our review for you to make an informed choice for yourself. Click here to read. 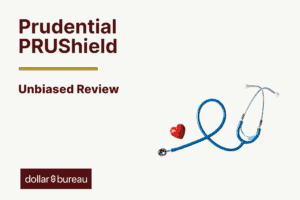 Considering Prudential’s PRUShield Standard, Plus, or Premier plans? We reviewed all of it and shared our opinion. Click here to check it out. 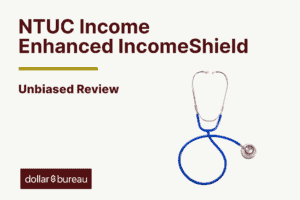 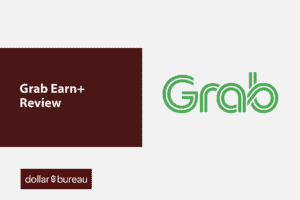 Grab Earn+, GrabFin’s second investment option apart from Grab AutoInvest. We checked it out to see how it works. Click here to read our review.

Get Our Free Financial Planning E-book

Join over 1,000 Singaporeans in their financial planning journey!

moomoo Singapore is giving away

Get it now ⟶ 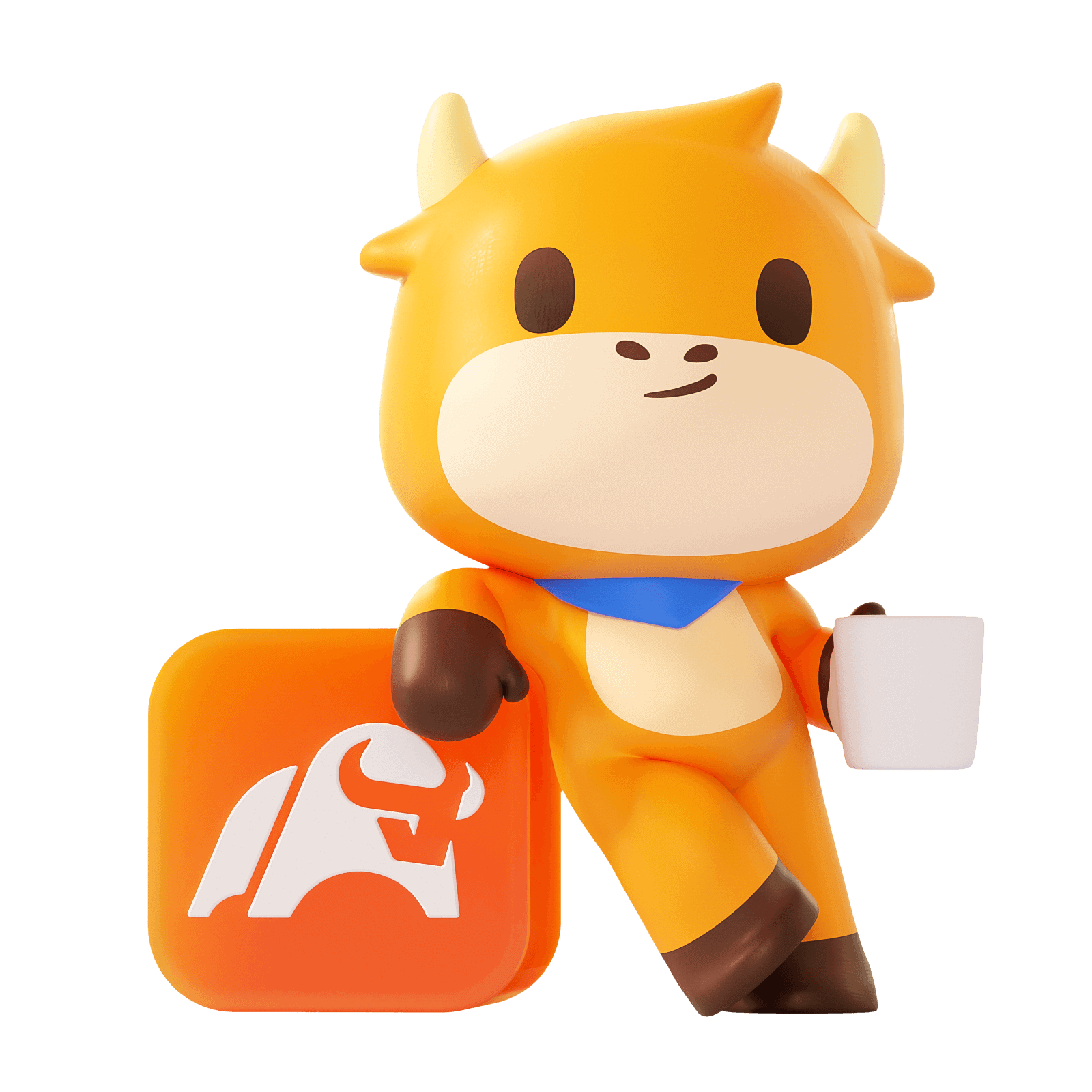 Our Telegram channel is being enjoyed by over 300 individuals, don’t miss out!